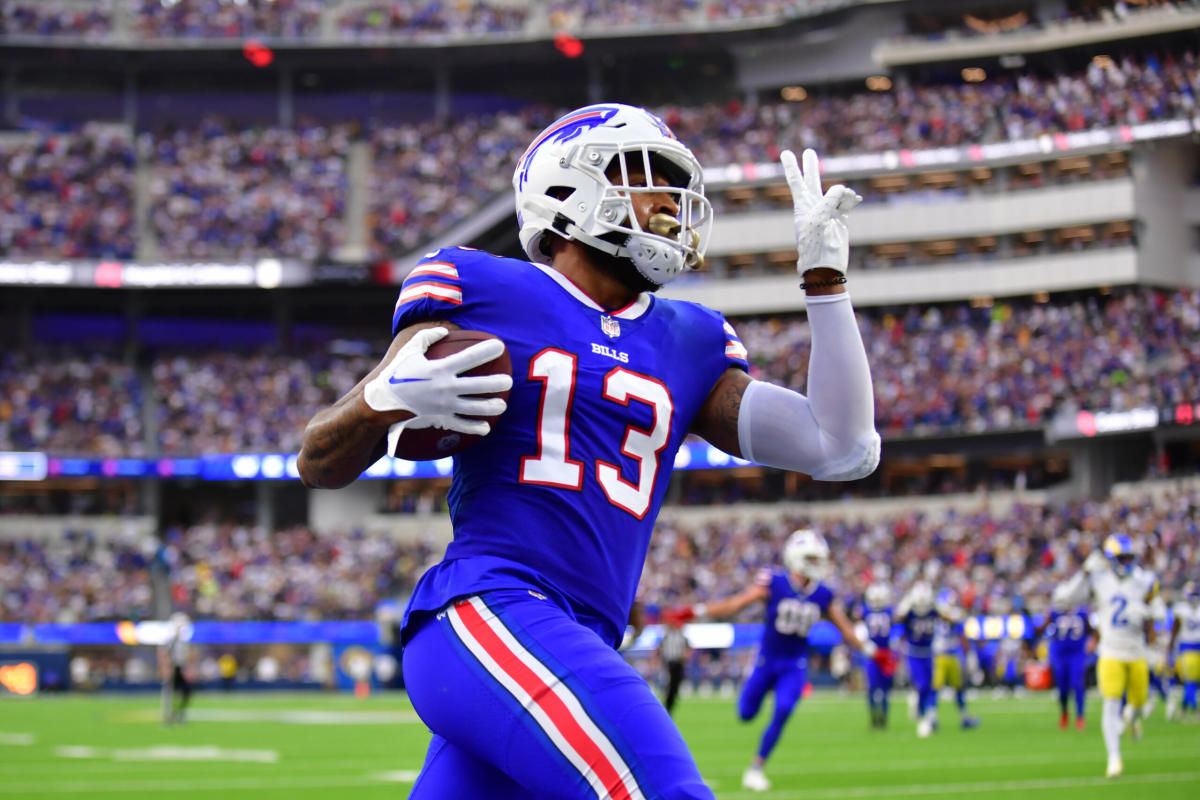 1U Gabe Davis (BUF) over 51.5 receiving yards (-115) available at BetMGM and DraftKings Sportsbooks at time of initial post to Twitter. Playable to 56.5.

I absolutely love this spot. Gabe Davis emerged in the Bills receiving room late last season to take over a larger snap-share as you can see in the chart at the end of this paragraph. He saw 83% or more of the offenses snaps in 5 of the last 6 games of the season and produced extremely well with 26 catches for 449 yards and 8 scores. While 201 yards and 4 scores came in one of those games, the point is he has rapidly become one of Josh Allen's most trusted pass-catching options. Buffalo didn't bring back Cole Beasley or Manny Sanders from last year's roster and the result was Davis seeing 58 of 59 offensive snaps in week 1 against the Rams. He wasn't just getting cardio either, as he racked up 88 yards on his 4 receptions. 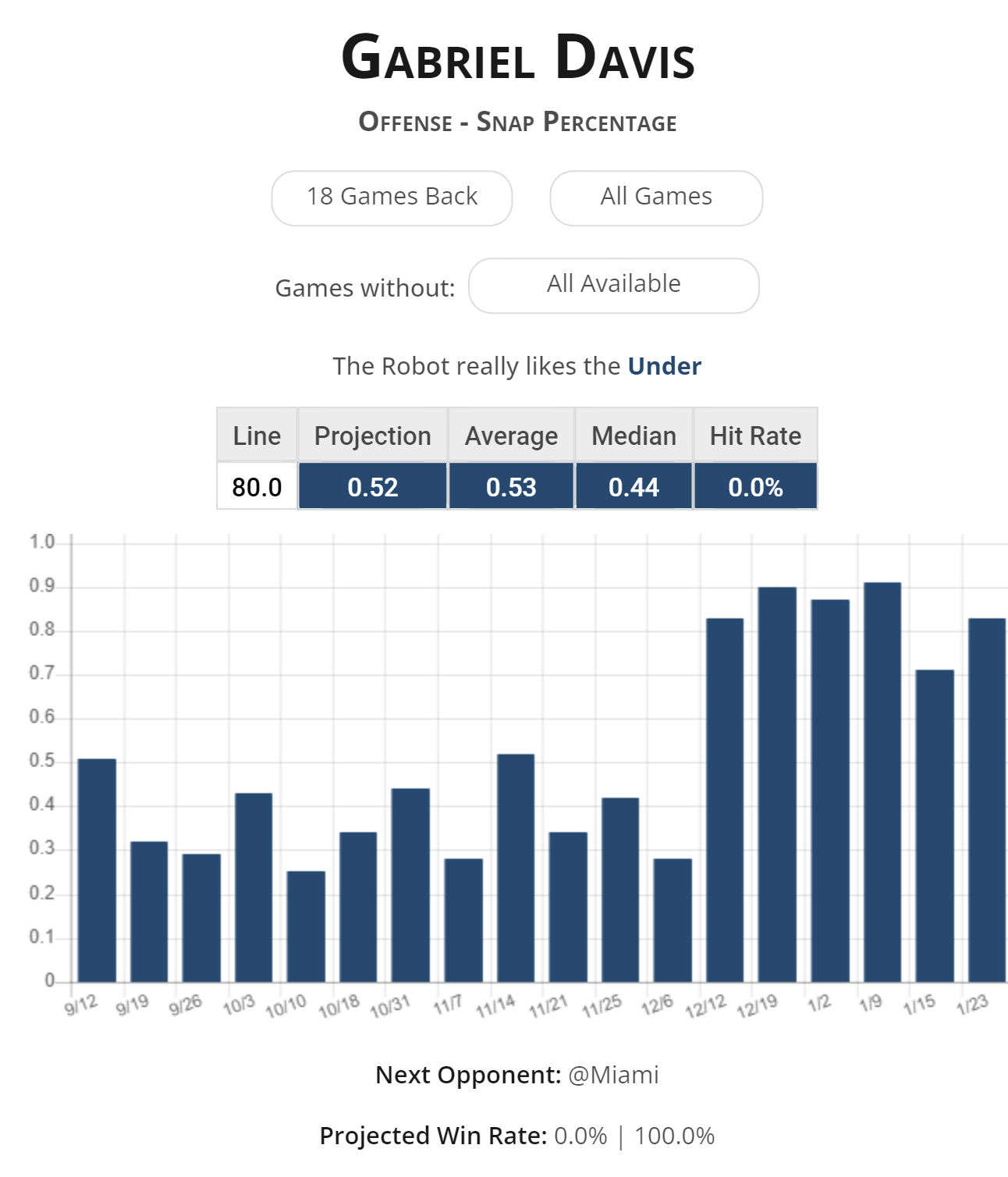 Davis was held out of the week 2 matchup against the Titans as he dealt with an ankle injury he sustained late in practice that week. He likely would've been on the field regardless if the game was later in the season and I am sure they wanted their number 2 option fully healthy for their division-rival Dolphins. Davis is "100% optimistic" he will be ready for the Miami game and I don't see any way Buffalo runs him out there if he were at all limited, given it is week 3 and this team has Super Bowl aspirations. I see this as a gift of a line at 51.5 or a voided bet as a result.

Miami has some serious defensive concerns in my opinion. Last year the Dolphins had wins against rookie QB Mac Jones twice, Lamar Jackson, Davis Mills, Mike Glennon, Joe Flacco, Cam Newton, Ian Book and rookie QB Zach Wilson. Outside of Lamar, that doesn't impress me. In the 8 regular season games they lost they allowed 31.4 points. So far though two weeks the Dolphins rank 32nd in pass-rush grade and 31st in coverage grade according to PFF and rank 31st in overall pass DVOA and 27th in DVOA against 2nd WR's. A lack of pass rush on Josh Allen when he has his full complement of weapons is a scary sight for defenses and especially Miami this week. Davis had a 16.4 ADOT in week 1 and a 15.3 mark in 2021 which is an extremely attractive number when the odds-on favorite for the MVP is slinging you the ball. I expect scoring on both sides of the ball with Miami's improved offense facing a banged up Bills secondary and a competitive game script will help this prop's chances.