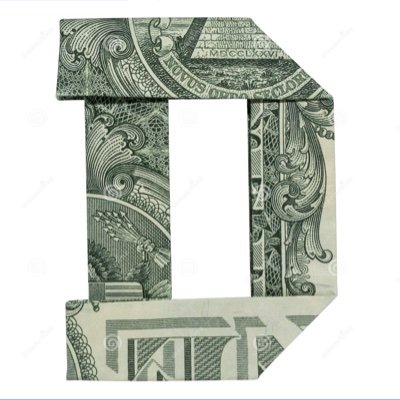 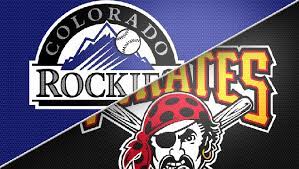 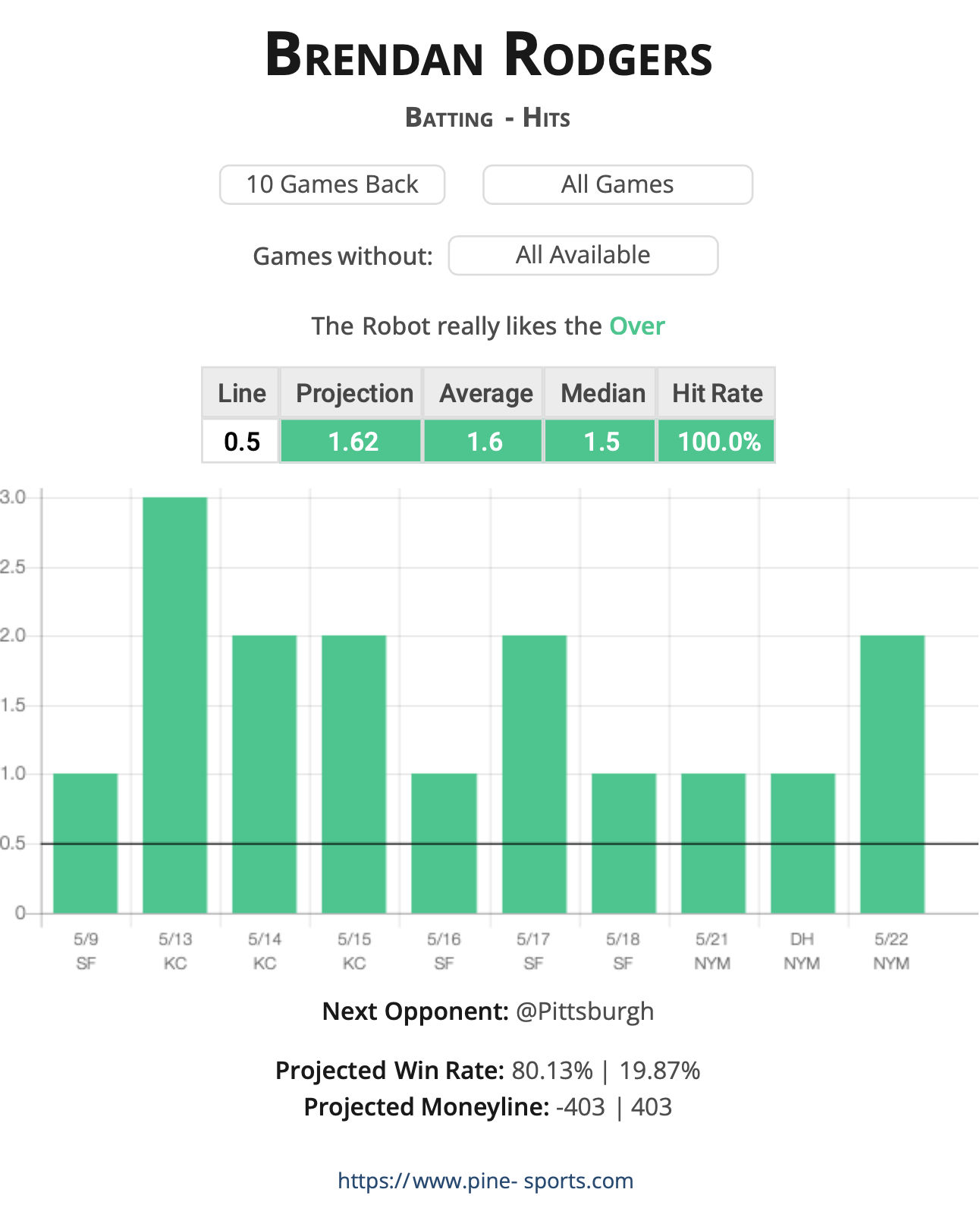 Rodgers doesn't have much history against Brubaker so we are going to look at performance against RHP. Rodgers has had a hit in 9 of the last 10 games against a RHP. 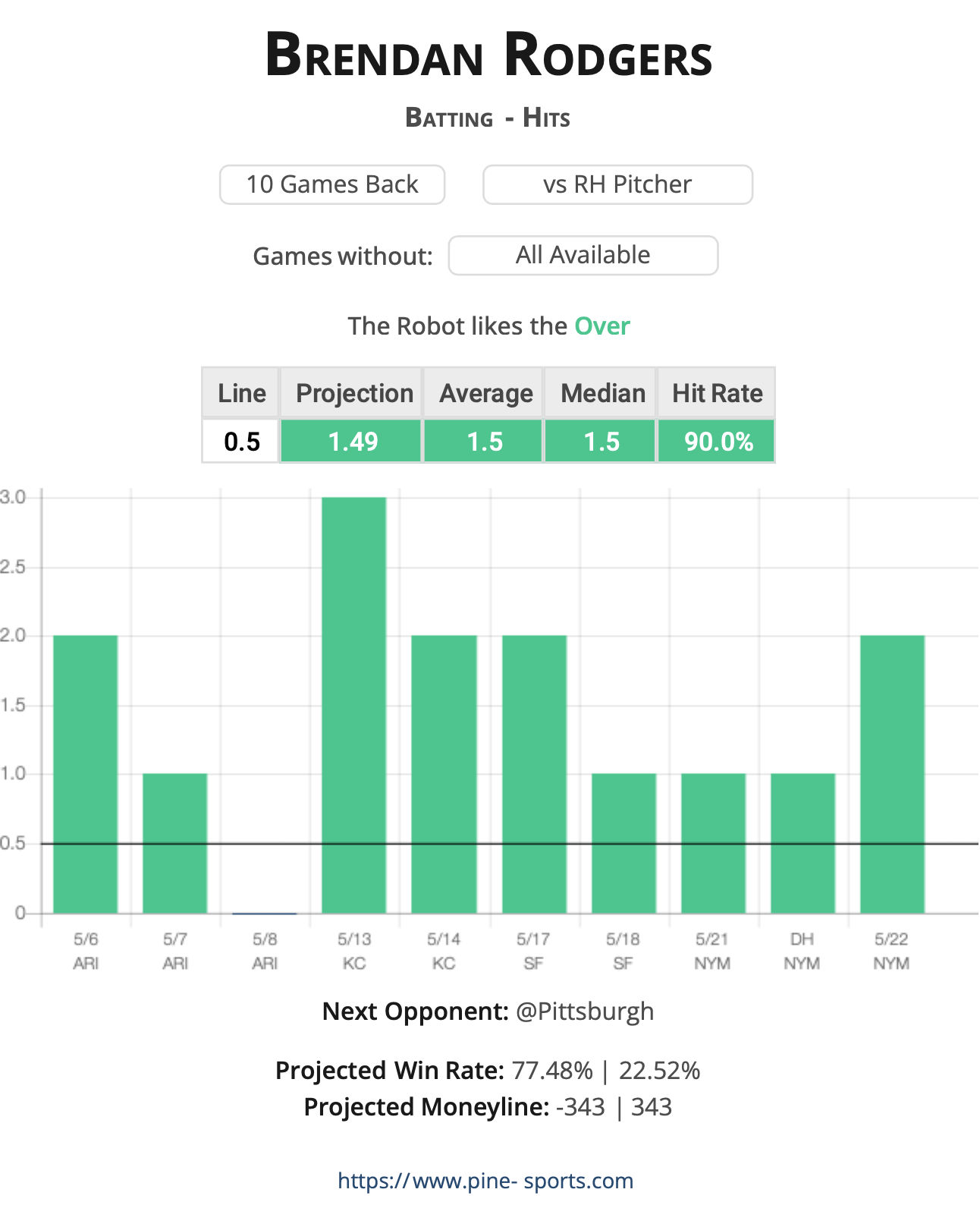